We are PRINCE2 Professionals

We reached the highest certificate PRINCE2 progfessional. Our practical experience from managing PRINCE2 projects is widely used by the commercial companies.

Do you want to be Agile?

We expanded the portfolio of our training by Agile methodologies, such as Agile Management by APMG and SCRUM by SCRUMstudy.

In discussions with people, I often hear the question...What is PRINCE2® and what it should be? Some ask me if PRINCE2® is the second episode of The Little Prince or Prince of Persia. The general public are entitled to ask such questions, so I decided to spice things up. (Sometimes PRINCE2 is also incorrectly written as PRINCE 2, Prince 2, PRINCEII, Prince II, princ2, Prince 2, Prince II or Prince II).

Before we will explain the details of the methodology PRINCE2®, let us mention something about project management in general.
The project management capabilities go back thousands of years ago. The Great Pyramids of Egypt, the constructions associated with the wonders of the world, walls and fortifications in the Sumerian Empire, they were all projects. At that time, the person responsible for the construction was called The Main Architect (constructor, buider). More attention was focused on the architecture and functionality as the construction itself. Such structures were usually built over many years. Some of them have survived the millennia, some were destroyed faster than they were built and some were never completed. As it was not possible to find any documents indicating the method of construction, we can hardly say whether it would be possible to shorten construction time, if the projects were managed consistently.

Currently we can not afford to delay the project for several years, overpriced buildings and large works, and should therefore be seriously addressing the question: "How to ensure that projects proceed as efficiently as possible, in order to avoid wasting sources and to really deliver what will bring some benefit?". Experts therefore started to collect information about how to manage projects in different areas and seek the best examples of project management. Such examples are then summarized and recognized project management methodologies, were developed. Some methodologies focus on a particular area of ​​the projects, some are universal and can be used on any project.

Why is it therefore necessary to manage projects?

Project management is a pro-active approach, which increases the likelihood of project success. But it comes at a price. Why do I overcharge the project by introducing its management? The answer is simple. It's worth it. Why otherwise would the companies invest a fortune towards project management? The project management is sometimes replaced by searching reasons, why the projects failed. Nobody has expressed any thoughts to the fact, that the problems would not appear if the project had been managed by a recognized methodology. Surely we all know examples of projects, that were put in a drawer, which cost many thousands and perhaps millions of euros and did not create any profit.

What does the PRINCE2 methodology do

The PRINCE2® methodology is based on the European environment (unlike many competitive offerings that are based in the U.S.), so it is very close to the European way of thinking. When the students are learning it, they often say they do things described in the methodology, they just do not realize it. The PRINCE2® methodology contains nothing that would be in contrast to "common sense" or logic. Its contribution is mainly in giving us instructions on how we manage projects, that we do not miss anything, and also gives us a lot of room for integrating the approaches. When you look closely at the video lectures from our side, you begin to understand the benefits of PRINCE2® methodology not only in managing large projects, but much of the information can also be used in private life, for example, when building a house, planning social events and such like. To learn more about PRINCE2® does not mean investing in big bucks for a certificate. You only have to look at the lectures on our site to read the supportive documentation or you buy a manual or the textbook "The Essence of PRINCE2® Project Management method".

We are PRINCE2 Professionals

We reached the highest certificate PRINCE2 progfessional. Our practical experience from managing PRINCE2 projects is widely used by the commercial companies.

Do you want to be Agile?

We expanded the portfolio of our training by Agile methodologies, such as Agile Management by APMG and SCRUM by SCRUMstudy.

We successfully expanded to the Russian market with PRINCE2 certification. Trainings. was organized by the Voronezh Institute of High Technologies (VIHT) and will continue on the other organizations. 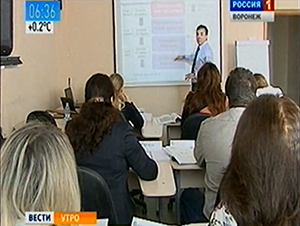